GNARLY PIPPINS is who I am.

Hello all my wild apple folks! Been a minute on here. I’m taking some time to write a new post to articulate a couple of things, but most notably a piece of frustration that has been a constant itch for the past couple of years! There has been a Gnarly name problem in the world of apples and cider and I am just putting this together so folks will know exactly where I’m coming from and why it’s important for me to put this out there publicly.

My name is Matt Kaminsky. Since the year 2016, I have been also been known by the name Gnarly Pippins. This is a name that I’ve used for my work in orchards, but specifically around the intersection of cidermaking and apple culture, orchard culture/management and foraging wild apples. Over the years since then, that has become who I am in many ways. I have been fortunate enough to establish a huge network of friends and colleagues in this industry who know me by my work as Gnarly Pippins, and refer to me as such.

This name has not only been the name of my website and the platform for my work but also a sort of blanket name for the dossier of wild apple varieties that I am in the process of introducing to cidermakers and commercial cider orchards all over the country. All the fruit that I am responsible for growing is Gnarly Pippins material. As I’ve gone forward with grafting my wild apples all over the region and Gnarly Pippins scionwood all over the country, I have also distributed cider made with these wild apples to friends, clients, and colleagues considering using these novel cider apple varieties in their work too.

This work has been recognized by the larger community of cider at times, including the ACA via CiderCon, as well as my beloved home cider fest, Franklin County Cider Days as well as through . In both cases, Gnarly Pippins is how I, and the work around apples and cider that I do, are referred to.

It has also become a merchandised line of apparel including t-shirts and back patches, pint glasses, orchard pruning handsaw equipment. There are a lot of people out there who support and represent me and my work by wearing this apparel and using my tools. I cannot express with words the gratitude that I have for that. It is truly a gift to be embraced by a community.

A couple of years ago, it came to my attention that a cidery had popped up in Ohio using my name. They call themselves Gnarly Pippin Ciderhouse, and are an offshoot of a beer label, the BottleHouse. This is not me. Immediately upon this discovery, a group of my dearest folks (my dear friends and longtime employers; the owners of Carr’s Ciderhouse, who also felt strongly that their name allided both of our imprints plainly, and by association with one another: Gnarly Pippins –> Carr’s Ciderhouse), as well as other dear friends and colleagues via social media, called out the folks running this novel Ohio cider label.

Initially, their responses ranged from thoughtful and articulate to tepid. They claimed that they came up with the name independently, and posited that because I am not a commercial cider producer, and do the majority of my work with orchards, fruit growing, and apple foraging, they believed there would be no confusion at all with the name choice, adding also that they don’t have any plans to scale their operation to a point that they would be shipping cider out of state, possibly as a way to quell my worries that this would reach ‘my turf.’

Then as time progressed, the line went silent, and the emails I sent in an effort to convince them that their name choice will lead to confusion and frustration received no reply. The enduring sentiment of my interaction with them is that they don’t take this seriously. My ‘turf’ extends long and far. I have been doing business online with customers of scionwood, Gnarly Pippins literature, and merchandise in the state of Ohio for years. I have established my work under that name with folks in that state. I have been contacted so many times by people saying, ‘Hey! I didn’t know you opened a cidery. Hibiscus cider? That doesn’t sound like your style! But cool!’ and then I have to set the record straight. It has already led to confusion in the marketplace. Despite the fact that I do not operate a commercial cidery, my work is firmly rooted in cider. I have established a presence in the cider industry as an orchardist.

In the wake of their silence after my repsonses, I have seen their cider imprint growing. A colleague of mine from Maine, who has participated in my Exhibition of wild apples, and even had his name published in a Gnarly Pippins book about a wild apple he introduced through the first publication of ‘Proceedings…’, brought to my attention that the cidery from Ohio had cider shipped to be sold in the cider section of his store, Craft Curbside. He was confused, and it took some time to disambiguate and get it straight. That felt to me like enough is enough, and this has gone on a bit too long.

Here’s what’s what: I am Gnarly Pippins, and have been for years longer than they have. These people in Ohio copied my name. I am the registered owner of the trademark for GNARLY PIPPINS. I’ve sent them a cease and desist letter, because this name is my business, my career, and my reputation, and since they’ve been using the same name, there has been too much confusion and frustration in the marketplace. I try and avoid confrontation because I am eager to form connection and friends within this industry, but I cannot sit idly by while my good name is appropriated. Sorry! No more Mr. Nice Gnarly.

I am not writing all this to toot my own horn. Just to put something out there that’s public. I urge everyone who is reading this to put some public pressure on the owners of Gnarly Pippin Cider House to change their name. Share an instagram story about this. Tell your friends if they haven’t already become familiar with this name conflict. Or, if nothing else, just remember that Gnarly Pippin Cider House has NOTHING to do with Gnarly Pippins. Gnarly Pippins is about growing special cider apples, introducing new wild apples to the forefront, and raising up the work of others doing similar work to push the culture of apples, orchards, and cider forward. These folks from Ohio aren’t on this level, and can’t use my name.

SO, with that said and off my chest, I want to re-shout about scions. For folks who didn’t see the memo and who would like to place an order for scionwood from gnarly pippins varieties, the webshop is open and stocked. I have been harvesting scionwood over the past few weeks and I’m excited to report that I will be able to send a lot of high quality scion to folks who want to grow these in 2022. Hop on over to the “Shop” tab and pick up a few sticks or a few bundles.

Love you all. Thanks for reading this all and thanks for supporting Gnarly Pippins through the years. I am forever grateful for your friendship, connection, and enthusiastic support. See you soon.

BUT FIRST! Announcing…. 2nd Wild and Seedling Pomological Exhibition Listen up! The second pomological exhibition of exclusively wild and seedling apples will be taking place on Friday November 5th at the Ashfield Community Hall in Read more… 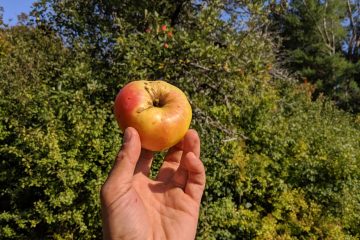 Harvesting the Seen and Unseen // On Apple Naming // Examining History

Hey all, it’s been a minute. Throughout the last several months since I’ve made a post on here, I’ve been continuing to realize just how big of an impact these past 8 months of relative Read more… 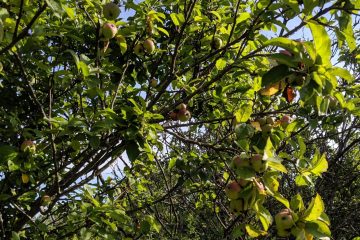 Hello all you beautiful apple tree people I first must apologize that it has been so very long since I’ve made a formal blog post. It has been many months, and I am certain that Read more…